My reflection on my choice to press pause on my career to focus on being a parent.

My alarm goes off at 4:30 and I sneak out of bed so as not to wake my spouse, Josh, who won’t need to wake up for hours. I forgot to set the timer on the coffee pot last night, so I clumsily get the coffee started and lean against the counter, half asleep, while it gurgles away. By the time I’ve drank enough coffee for my brain to start working, it’s 5:10. How does that happen!? So much for the shower I had planned. I get dressed, pack my lunch and leave to meet my carpool by 5:30 for our hour-long commute.

After teaching four blocks of painstakingly planned lessons which nevertheless flop worse than a dying fish, I realize the reason I’m dancing like a fool while trying to give kids after-school help is because I haven’t gone to the bathroom since I woke up this morning, since I spent my only free moments eating my lunch while standing at my computer answering emails. I stay at school, working with students and occasionally other teachers, until 5:30 or so, when I begin the long ride home.

I’d repeat this daily pattern, with weekends of grading and planning, for two years. It got better in my third year, and by then I thought to myself “I’ve got this teaching thing down, I’m ready to start my family!”

I decided to stay in the classroom for the first year of parenting and see how it would go. We were strategic in our preparation for expanding our family: we moved closer to our families and my work. At the time, my spouse was finishing his doctorate degree and teaching part time, so we could balance our work with taking care of our child. Josh would take on the role of primary caregiver, while I remained the primary breadwinner. Staying in the classroom was the best choice for our family financially. That we even had the choice, I recognize, is a privilege. We could have made it work if I’d really wanted to stay home, but we thought, at the time, it would be more stressful than me being at work.

We managed to time the birth of our son in the spring so that I could take my six-week leave, then just have to work a few short weeks at the end of the school year before summer break, effectively lengthening my leave from six weeks to four months of leave. While I was experiencing another intense period of learning and growth, that first summer with my son was an incredible delight. We were captivated by this tiny human who was growing and changing so quickly. He smiled so readily with his dimples and half-moon eyes. We watched him transform from a tiny baby to an interactive little person who loved to smile and laugh with us.

I returned to the classroom in the fall because I wanted to stick with my profession. I was exploring my new identity as a teacher leader and was excited by the leadership opportunities I had at my school. I had supportive colleagues who collaborated well and who challenged me to improve my practice. I didn’t want to let go of such a wonderful job. I also didn’t want to step out, knowing that the time I took off would impact my earnings for my entire career. But it was so hard to leave my son that fall, and some big part of me was worried I was making the wrong choice.

I felt truly conflicted. I didn’t want to let go of the satisfaction and joy I got from being in the classroom and worried I wouldn’t find that same satisfaction in “simply parenting.” I knew it would be tough but valuable work, but I thought others wouldn’t see it that way. They’d see me as giving up, as not resilient enough to mother and teach at the same time—or that I’d be making a selfish choice, a choice that implicitly judged the choices of women who chose to work.

I realize now I had deeply internalized the societal messaging that teaching as a new parent was something I should be capable of and that to stay home would be an admission of weakness, an inability to cope and balance my life. At the same time, I was worried about the stigma of being a stay-at-home mom. I knew the skills and smarts necessary for the work because I’ve watched my own mother make it happen. I knew that the work of a primary caregiver is demanding, complex and often difficult work, made worse by the lack of value we culturally ascribe to caregiving. So I’m ashamed that, up until recently, I participated in that lack of appreciation for what it takes to keep a family going.

I dearly love my female friends who work, and had colleagues at my school who had babies and young kids at home. They were all doing it—working and mothering—so why shouldn’t I be able to?

So I chose to stay in the classroom. I didn’t have a model for what it looked like to maintain a professional identity while pressing pause on a career. I felt that to choose the role of primary caregiver meant I was abandoning this important and essential part of who I was. The only models of stay-at-home mothers I had were people who had given themselves over entirely to that identity, who had given up their professions even if they’d had intentions of returning.

As it turned out, though, that year we’d planned so carefully was tough. Really tough. I constantly felt like a bad mother and a bad teacher. I would come home every afternoon and fall asleep with my son during his afternoon nap, wake up long enough to eat dinner, play with my son, do our bedtime routine, and fall asleep again. In my classroom, I was still prioritizing making changes to my curriculum and trying new things to improve my practice, but I was not doing it well, or I thought I wasn’t doing it well. As early as October, I felt like I’d made the wrong choice.

I realize now I had deeply internalized the societal messaging that teaching as a new parent was something I should be capable of and that to stay home would be an admission of weakness, an inability to cope and balance my life.

As the year progressed, I also began to struggle with my mental health. At the time, I knew I was unhappy; I was exhausted all the time and often felt overwhelmed by my son and his needs. It is only in retrospect that I see how I just hunkered down and tried to push myself through instead of reaching out for help. I didn’t admit to myself how bad things were—I think because it would have made it more difficult to keep going.

My spouse had finished his PhD in December of that year, and I remember the exact place I was when he got the job offer that meant I could resign from my position. We were visiting friends back in Indiana over spring break in April; my son had turned one just two weeks before. I was standing in the living room when my husbands’ phone rang with an unfamiliar number. In the job game, they only call with good news—bad news comes in the mail. The relief I experienced after this was the first sign that I should have made a change sooner. That night, as my son yelped along to the music of my husband’s dissertation performance by the symphony orchestra at Indiana University Bloomington, I felt pure elation.

My choice to leave the classroom in that moment was incredibly easy. I was miserable, and having an end in sight changed everything. But I still felt this huge sense of loss when the fall came around and I didn’t return to work. I had all the usual back-to-school nightmares, but I didn’t go back. I missed working, thinking about my teaching, collaborating with other teachers, and interacting with my students.

Part of that sense of loss was that I didn’t feel immediately like a great mother. Spending all day with an 18-month-old is always exhausting, often frustrating, and only sometimes magical. My son also despised being in the car, so, even though we were closer to family, I still felt isolated. Even now, six years into this parenting gig, there are days I don’t feel like a good mother, and it took time before I felt at peace with my choice to leave.

It is the right amount of work for me, for now, that meets my needs professionally and personally.

But for me, it was the right choice. Because it was about me. This wasn’t about the best way to be a parent, or wanting to give my children an idyllic childhood with constant access to a parent. I had finally given myself permission to prioritize my well-being, even as a new mother who was drawn to prioritizing my child’s needs above my own.

I knew I wanted to keep teaching, so I did things to stay connected. I took advantage of opportunities through the Knowles Teacher Initiative, like serving as a reviewer for Knowles Teacher Initiative Summer Meeting proposals. I found things like my work with Kaleidoscope, which allows me to do asynchronous, flexible work that keeps me connected to other teachers. Now that my kids are a bit older, I’m teaching part-time as a college instructor. While it isn’t high school, and I am still working toward being back in a full-time high school position, it is the right amount of work for me, for now, that meets my needs professionally and personally.

Part of why I went into education in the first place was because I knew it would complement my plans for having a family. Making the choice to leave was difficult, but I’m glad I did. I wish I had made the decision sooner, rather than let my determination to follow the model I had dictate my choices. I wish I’d had a model of someone like me, who wanted to maintain their professional identity while adding the identity of parent.

I write this in the hope that others can make choices for themselves without feeling as much of the guilt and feelings of inadequacy I felt. I’m still a teacher and a teacher leader and I’m coming back, but I’ve taken some time to nurture a new part of who I am.

Becky Van Tassell, a Knowles Senior Fellow, is a biology and environmental science teacher who is currently teaching in the environmental studies program at the University of Pittsburgh at Bradford. She is also an editor-in-chief of Kaleidoscope: Educator Voices and Perspectives. She believes passionately in the empowerment of teacher voices and loves her work with teacher writers. Reach Becky at rebecca.vantassell@knowlesteachers.org. 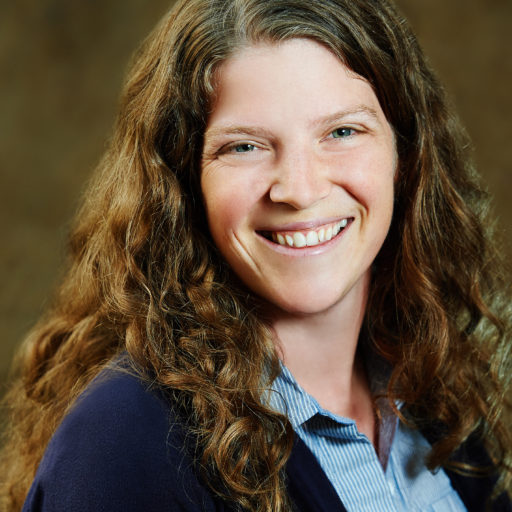